Zum Inhalt springen
Crypto money – the new gold? Or even the new freedom …

The Pantercon Crypto One-Time One – Part 2: What is a crypto currency like Bitcoin?

Real currencies, as explained in the last article, are used by everyone, but they are centrally controlled from a location that doesn“t necessarily bring benefits. The crypto currency, on the other hand, is a product of the blockchain and completely decentralized, because nobody has control over it and everyone can use it anywhere and at any time.

The Bitcoin was developed in 2008 by Satoshi Nakamoto. You don“t know who or what it is, so Bitcoin can never disappear or be banned because there is no company. The Internet should be banned. It is believed that it was developed to counter the banking crisis. The people had lost confidence in the banks and the financial sector, with the Bitcoin a decentralized currency was created, which should solve all these doubts and problems.

The price of crypto currencies is not set from one place, but is based solely on supply and demand.

How many coins does a crypto currency have?

For most crypto currencies, the maximum number of coins that can be issued is determined by a cryptographic algorithm at the time the coin is created and cannot be changed. This makes the coins secure and rare – it is a good „store of value“.

In contrast to conventional Fiat money, crypto currencies are not inflationary, but deflationary currencies. This means that there is not more money in circulation than there is, as with Fiat money, but less. This is because people lose their private keys and the coins stored on these accounts can no longer be used.

Crypto currencies are a „simple unit of account“, they are easy to divide. The smallest unit of e.g. Bitcoin is 1 Satoshi, which is 1 millionth Bitcoin.

The transaction of crypto currencies costs practically nothing and is done in seconds. This makes it a perfect „means of transport“.

Double Spending? What is it?

The problem of „Double Spending“, i.e. using the coins twice, is caused by the decentralization. Digital goods can easily be copied like photos, MP3s or even films. These copies are identical and free of charge.

In conventional, centralized financial systems, this is managed and controlled by a third party, this party is missing in decentralized systems.

This raises the question whether coins are not also easy to copy, like these goods? The answer is simple: no!

Where are crypto currencies stored?

Crypto currencies are stored directly on the blockchain. There is a difference between tokens and coins.

A token is a crypto currency that does not have its own blockchain, but is based on a foreign blockchain. For example, you can generate ERC-20 tokens via the blockchain Ethereum and give them any name you like, e.g. PANX.

Coins, on the other hand, are generated via the own blockchain. Bitcoin – bitcoin, Ethereum – Ether, just to name the best known.

Account formation plays an important role in the development of a financial system.

An account on a blockchain is usually created via a so-called „wallet“, a repository for digital currencies. Such accounts are not linked to the name and data of the account holder, but consist only of a „private key“ and a „public address“.

The Private Key is the personal, private key with which you can log into your account. It is a random number between 1 and 2² which is a 78-digit number. There are just as many variations of keys.

So you can imagine it better: It is estimated that the earth has a 51-digit number of atoms. An unimaginable number.

So there are almost infinitely many private keys that can be used.

If such a wallet is stored on the mobile phone and the phone is lost, the wallet is still there. As long as the private key is present, it can be restored anytime and anywhere.

The Private Key must not be passed on and must be kept in a safe place. If it is lost, the account cannot be restored and all crypto currencies on it are lost forever. If it is passed on to third parties, they can freely dispose of that account, it is as if the signatory number and the password of the online banking, including TAN numbers, were passed on.

In the media you often read that someone has had their coins stolen, this is only possible if the private key was either given away or not kept well enough and could be stolen. Hacking such an account or blockchain is not possible.

It is important to understand what the press means by blockchain hack, because they convey it wrongly, either out of ignorance or intention.

To transfer tokens/coins to customers, the stock exchange requires the private key, which they store in encrypted form. Since the control of the private key now lies with the exchange and not with the customer, it is always risky to leave large sums on Exchangers. Because if a brute force attack should take place, it can be that exactly your private key is among the stolen ones.

If one speaks of hacked, a hacker has succeeded in decrypting the private keys of customers by brute force attacks on a stock exchange and thus gaining control over their tokens/coins.

The public address is an alphanumeric code and is derived from the private key and generated automatically. It usually consists of 34 digits and numbers and is equivalent to the IBAN of your account. You can tell this key to people who should transfer coins to you. The other person only has to scan the code to your address or enter the code and you can transfer coins in any number. It is impossible to guess the private key by the public address.

The Pantercon Crypto One-Time One – Part 1: What is Money? 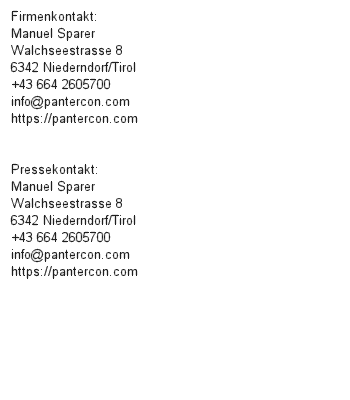