Quarry for sale: How does that work?

Imagine: you own a quarry and you want to get rid of it. But for a nice price. Where do you find the right buyer for this rather separate type of real estate? USAPRESS asked Markus Balke, the man behind quarryforsale.net, the only global sales platform for quarries and pits.
The German Markus Balke has been active in the global natural stone sector for more than 25 years, both in processing and sales. Since 2010 he has served as CEO of Balke & Partners, a worldwide network of experts (geologists, engineers, financial experts, …) who provide services to nature quarries and producers. Quarryforsale.net has been active since 2015.

The reason to sell a quarry is not because it is not profitable. Why then?
„A typical situation is this. The owner is seventy years old and has two daughters; one is in banking and the other in real estate. And suddenly he realize that: high time to sell! And if your quarry works only locally or nationally and you do not have international contacts, it will be difficult. Especially if you do not want to let your local competitors know …

Now, many are initially hoping and trusting in a local business real estate expert. But, of course, potential buyers have of course been sown very thinly. And the chance that the right international investor is just browsing around on the site of a local real estate broker is extremely small. That is when searching for a needle in a haystack. So if you try it that way, you really have to be very lucky. Sometimes sellers wait a year or two, or they take the quarry off the market for a while and then try again. In the end, many end up with us. „

We suspect that the paperwork for this type of transaction is not completed in one two three.
„We do require a number of documents for our pre-evaluation: test reports of the stone, mining licenses, inventory of tools, financial reports over a period of three years … The people of the quarries sometimes need six months to even one year to to get everything on the table. But the two most important documents, for us, are the official estimation of the value, and the geological report, carried out by an international expert, who has been recognized by international investment groups or international banks. This gives the sellers the reassurance that they do not sell below the market value, and gives the investor a realistic picture of the intrinsic value. If you necessarily want to continue without ‚g-report‘ and independent estimation, your chances of selling, in our experience, are less than 5%. „

Did a quarry actually sell smoothly today?
„Most of what we advertise is sold. If quarries are published on website, they have already gone through a whole procedure. Because every day we get ten people on the line who have something to sell, but sometimes they have totally unrealistic expectations. They do not send documentation, only a picture of a huge mountain in remote areas, with a little bit of marble to see and they would have liked 15 million dollars! But the serious ones, we get that sold. Not always easy: sometimes there are difficult ownership structures with 50-60% in the hands of shareholders, and some want this and the others. We are taking everything! „
Is the market in quarries completely international? Or sell Spanish more likely to Spanish?
„All depends on it. If we sell a quarry in Spain, the chance is actually very small that it is also bought by Spanish investors. On the other hand, in the US the chance of an American investor is very high. But the most decisive element is not the location, but the rock. The world’s most popular material is white marble, so if you sell a quarry, the investor can come from anywhere. If, on the other hand, you offer a niche material, such as African blue sodalith, you will only be able to count on the interest of the Italians in particular, as well as a few Chinese and possibly a Saudi investors. „

In Europe there were many quarries in the last twenty years that closed or reduced their production. All due to the low price politics of Asian natural stone?
„It was also about inability to adapt to the world market. That was mainly a problem in countries like Spain or Greece. There they had a very strong national market, and when the economy shrank, everything immediately collapsed. They were totally not geared to international business: they did not have the contacts, did not speak a word of English, replied to your mail only after a week – if you were lucky. In any case, it was not the quality of their products, it was a question of marketing. „

But you see opportunities for European quarries again?
„We are currently experiencing high demand for quarries in the US and Europe. You also see that Spain and Portugal are currently almost sold out. When it went difficult, they reduced their production by 30%, and now they can not keep up! It has undoubtedly to do with the developments in China, where environmental grooving, increased transport and labor costs in the Fuijian province, where most Chinese natural stone comes from, last year already 500 grooves were closed. We expect, over the next two years, a price increase of the Chinese natural stone by thirty to forty percent. And then the competition becomes feasible again for the European natural stone. We already see that architects prescribe European natural stone more and more. Price remains important, but if preices are not more than ten percent above it, it will be doable. This slightly higher price is acceptable, considering the problems that have been with Chinese natural stone lately: discoloration, lack of resistance, delivery time, quality etc. Plus you have to pay everything in advance and if something goes wrong, you cannot experct reimbursement by chinese companies. You lose your money and your reputation. „

Can we then expect quarries that open and flourish as before?
„Well, that will not happen ober nigth. There is a need for people who invest in local quarries. And then indeed we can see quarries open again in Spain and Portugal, but also in Belgium or France. If you invest in modern production facilities, then you have a chance again. I see a lot of potential in the European natural stone market in the next ten years! „

Go niche!
Markus Balke does more than mediate in quarry sales alone. Balke & Partners are stone experts since many years and also do product development. „We always encourage natural stone producers to invest in niche markets. Because this immediately boosts your profits. If your plan is to sell the most common colors and sizes at the usual sales points; Well, that is actually a recipe for disaster. That is why we put together various experts (engineers and geologists, for example), also from outside the natural stone industry. Because the natural stone industry is sometimes looking for solutions that have already been found. This is how we push companies to develop new technologies. You can already have natural stone from 2 to 5mm by 200 / 300cm. And we can now even produce veneer stone in marble and granite, where previously it was only possible in slate. This with a thickness of 0.5 to 1mm. This is a world record! And it makes it possible to deliver large surfaces, even if a quarry is small with limited production. „

Different customers
Most buyers with whom Markus Balke collaborates are lured by the 15 to 30% profit margin that a modern stone quarry can produce. But there are others too. „There are a few people out there who really have the virus of the natural stone firmly, so they want to live in a quarry,“ laughs Markus Balke. „And then we try to offer it, even though the quarries are usually located in remote areas, and not by the sea, where these people prefer to live. The surface is also an issue: 100 are of course quite problematic for this type of use. We have recently also received requests from investment groups that want to transform quarries into resorts, hotels, lakes etc. BMW also has an SUV test zone in a quarry and Redbull has a quarry for climbing and extreme motor sports. But this is all extremely exceptional; maybe 1% of the market „. 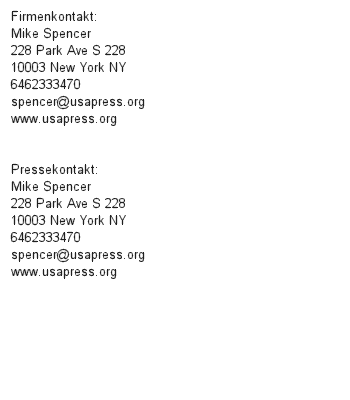